My daughter is one of the most stubborn people that I’ve ever met.  I used to almost lose my mind over just how stubborn she was.  Now?  Now I see how she was blessed with a tenacity for which I will be forever grateful. You see, she could have been a statistic.  But she was much too stubborn and strong  for that.

Jennie was a straight A student and varsity cheerleader when she got pregnant as a sophomore.  Yes.  She was 16 years old.  I thought the world was ending at the time.  I assumed her education was finished and all of her dreams were unattainable because she was a child having a child.  Boy did she prove me wrong.  We moved her to an alternative high school where she could work at her own pace. She turned in her final school work while she was in the hospital with Pre-Eclampsia.  Kaydence was born in 2004.  In 2005, Jennie was Valedictorian and gave the speech with her family and her daughter watching from the audience.

Jen started college right away.  Brent, Kaydence’s father, graduated high school in 2006 and he and Jennie got married that June. They both worked and went to college.  Chandler came along in 2007.  Kallie in 2009.  Jen graduated from Tarleton State University with a Bachelor’s Degree in Family and Child Services in December of 2009.

A lot happened during those years, they were young adults raising children.  Chandler starting showing signs of illness when he was 9 months old. He spent his 1st birthday in the hospital.  He would later be diagnosed with Schwachman-Diamond Syndrome.  He also has a Chiari Malformation and he had a major surgery for that in 2009.  That’s a lot for a young couple to go through.  Unfortunately, Jen and Brent’s marriage did not survive all of this trauma.

But, remember, Jen is one stubborn young lady.  That stubbornness was a Godsend in 2012 when she had her thyroid removed due to Thyroid Cancer.  November 1, 2011, Jennie married Tony.  He has been wonderful in taking care of her and the kids.  The kiddos are incredibly blessed because not only do they have loving parents in Jen and Tony, but their Daddy remarried too.  His wife, Shanna is a wonderful stepmom.  They have all adjusted to co-parenting.

I’m proud to say that not only has Jennie gone through everything that she has and survived, but she has thrived.  She is almost finished with her Master’s degree.  She is a middle school Special Ed teacher.  She is strong.  She is a survivor.  She is NOT a statistic.  She is my daughter and she makes my heart sing. I love you more Jen! 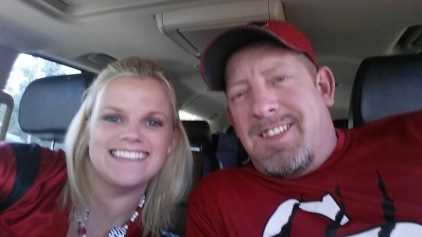 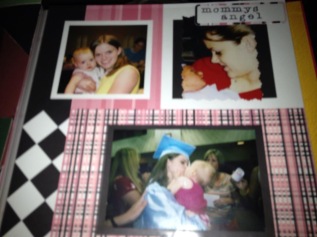 3 thoughts on “Strong…. NOT a statistic”